Aruba - There is a fear that America may soon be facing a pilot shortage, due to both new regulations and impending retirements. How will that shortage affect travelers looking to book their dream Aruba golf vacationing Matthew Smillie, owner of Aruba Villa Vacation Homes and a travel expert, explains more about the shortage below.

However, after a regional airline plane crashed in 2009, new legislation was enacted that required more hours of training before pilots can fly for commercial airlines. That legislation goes into effect this summer. The new regulation requires 1500 hours of flight before a pilot can apply to fly commercially. That is nearly six times the previous requirement, which leaves many experts fearful that it will leave many well-qualified pilots unable to apply for positions with the larger airlines. The smaller, regional airports will be the first to feel the shortage because that is where most pilots begin their commercial training.

Other issues facing the airline industry include new pilot fatigue rules, which require pilots to have more rest time in between flights. Previously, pilots only required two hours of rest time in between flights, but the new time has increased to a mandatory 10 hours. This, and other pilot fatigue rules, will make fewer pilots available for the steady stream of flights that leave airports each day.

Another issue United States airlines face is competition from overseas airlines that often pay more, meaning U.S. pilots leave for increased pay. That means American companies will need to begin increasing pay to keep these pilots in America. That cost will trickle down to consumers, who might see slight increases in airline tickets. That means families budgeting for those beachfront rentals now have another added expense to consider.

But just because the bigger airlines may be able to attract those new pilots doesn't mean they are in the clear. The thousands of retiring pilots are leaving a void that will be difficult to fill, even with the smaller airline pilots moving up. The demand for pilots has increased, but the pool of available and acceptable candidates has decreased, due to stricter training regulations and the expense of training with no guarantee of being hired once training is completed.

So what is the good news for consumers?

According to Smillie who offers vacation villas in Aruba, there is debate as to whether the pilot shortage is real, or simply a scare tactic by the industry to fight back against the new, stricter regulations. While the reality of thousands of pilots reaching retirement age is very real, some related to the field believe the industry may be causing panic to push back against Congress for enacting the new guidelines.

"While the pilot shortage may well be a cause for concern for regional and even some commercial airlines, consumers may not feel the effects for quite some time," says Smillie, an Aruba rentals and vacation expert. "While the cost of an airline ticket may increase slightly to accommodate increases in pay, most travelers won't even realize it. Those most affected will probably be budget savvy consumers and families traveling together. We are still encouraging our clients to book those rental properties as normal."

For now, consumers are encouraged to keep a close eye on the industry to see what transpires. While there is a need for new pilots, only time will tell whether the impending crisis is real, or simply a scare tactic being used by the industry to fight tougher regulations. 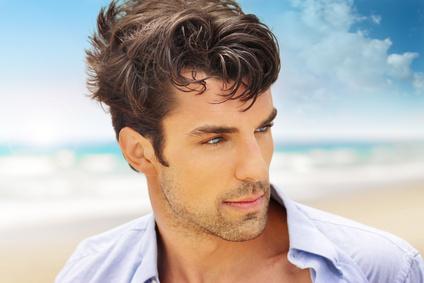